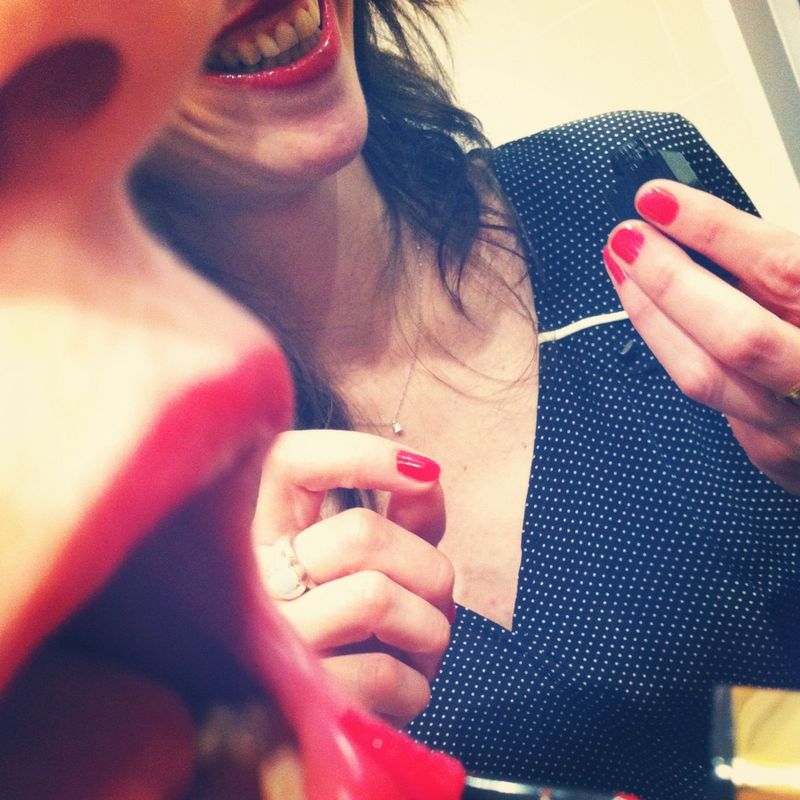 Ten thousand ways to say it and as many to receive it.

I am still, I have to admit, surprised by the recurrence of these words towards me when I haven’t lost weight for more than one year now. Still recently, this meal with a few former colleagues and those exclamations: “we barely recognize you, what did you do, Dukan?” When I left them last February, I weighted two kilos less than today. Of course, because of distance it’s hard to remember, there’s also this evidence, during my eight years there, I was, except for the last year, very chubby. It’s that image that stays, retinal persistence. I believe that in ten years, people will still send it back to me. The one who’s lost weight.

I can’t really tell if I like it or not, probably a little bit, I believe it depends on the intention I perceive. When these words are so stressed that I can hear how enormous I was “before”, it hurts slightly for the one I was, I almost feel like I’m betraying her when I agree with a smile. But generally, I don’t deny myself the pleasure. While being, I notice it, less eager for this “recognition”.

All those who have been on diets and lost weight, have known, I’m sure, the euphoria before a night out when you know your weight loss will be praised. I guess this exhilaration answer to an insatiable need of consolation for this past as a fat person. I believe there’s no age to have this feeling of victory. Although, as my discussions with doctor Zermati go by, I’m convinced that it’s this useless expectation of endorsement and admiration that creates the fear of putting on weight again. Especially that after the two or three first minutes during which you can cause a sensation (or think you do), those people you want to impress finally don’t really give a damn and so much for the better.

To stop looking for self-esteem they can’t give you within others, is key, according to me. Not so easy, who said it was?

Edit: I love these pictures taken, with a certain level of alcohol in our blood, on Saturday night during my dear C.’s birthday party. Fanny had bought a “lacquer” YSL lipstick that seems to set once applied and will stay all evening long. Actually mainly on Fanny or Zaz as I always eat it, lacquer or not. But still it’s rather nice. 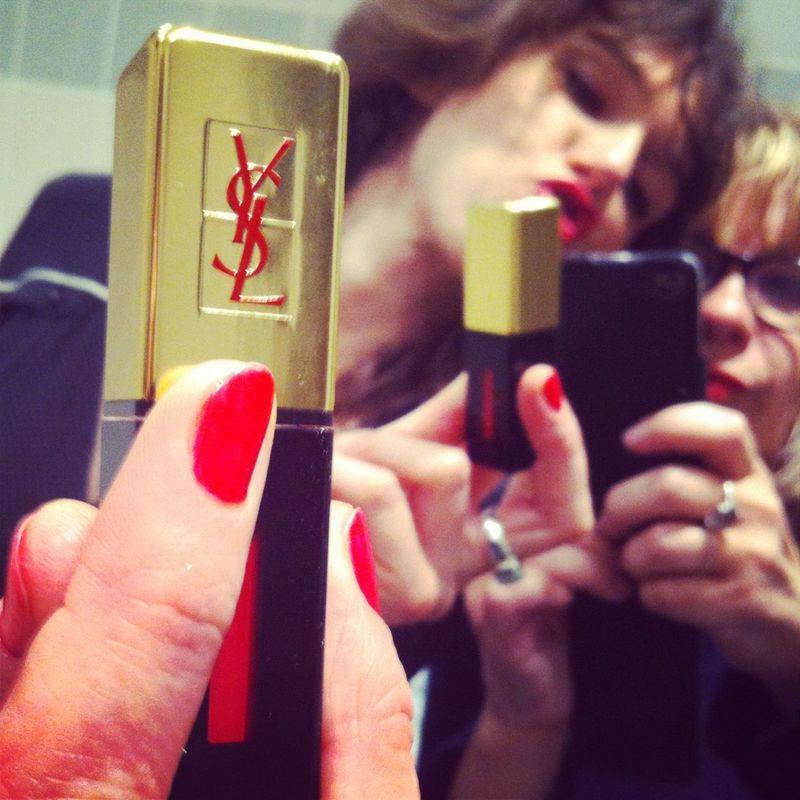 « Dark chocolate versus milk chocolate: healthy food nonsense
A letter to mister Dukan from a girl who used to pull her sweaters down »