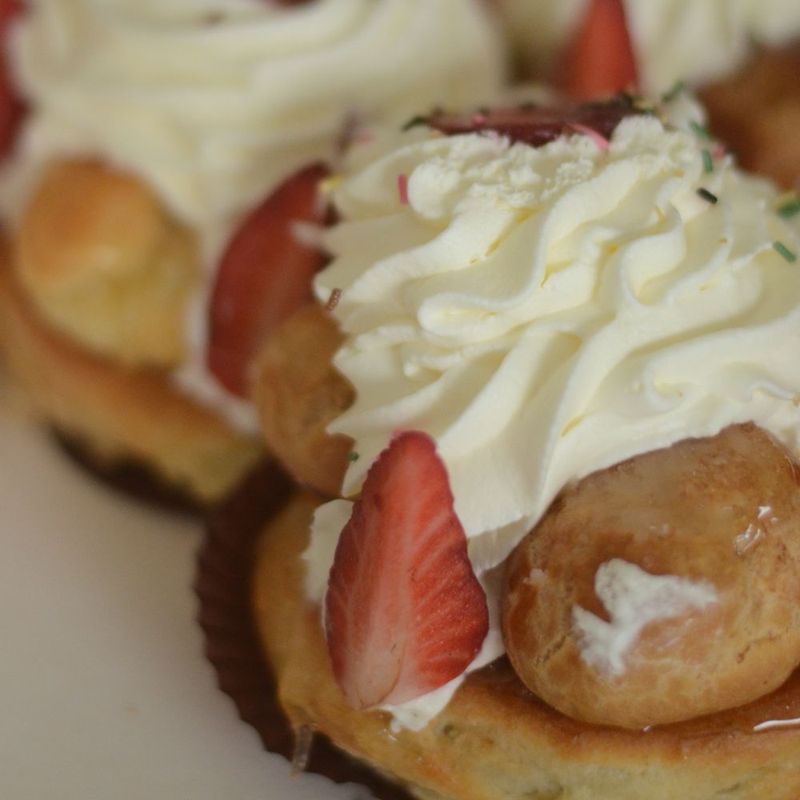 Since the broadcast of the documentary about diets in which I appear briefly, I receive an enormous amount of emails. Touching emails for most of them, from women but also men who are fighting eating compulsions and/or kilos. Problem: answering is difficult. First of all, let’s face it, I don’t have time. I’m really useless for that matters, but now, with around ten per day, let me tell you it’s getting hard. Especially now that I’m in wrap up period for two newspapers and my days consist in back to back interviews over the phone. Yesterday I had interviews planned every hour, at one point I’ve been tempted to go pee while taking notes but something held me back, probably my dignity.

But it’s not only an issue of time. Questions I’m asked, I simply can’t answer them. I’m not a doctor, neither dietician, nor psychologist, I can’t give personalized advice, I can’t diagnose and neither can I give doctor Zermati’s cell phone number. Here is thus an article going over resources that can be useful and trying to answer your questions.

– Contact details of Zermati’s and Apfeldorfer’s offices are in the Yellow Pages. I absolutely can’t book an appointment with them on your behalf or intercede in your favor to obtain an appointment faster.

– GROS[1]’ web site gives information on therapies mentioned during the documentary on France 2 [2]. There is also the GROS’ secretariat’s phone number which you can use to obtain contact details of doctors from your town who have been trained on these therapies. I don’t know if all of them follow the same protocols.

– Apfeldorfer and Zermati have also created their website, Linecoaching. It proposes, for a subscription fee, an online therapy. I don’t know if it is as efficient as a face-to-face one, I haven’t registered on this site and I am not linked to it at all. A while ago, I interviewed Dr. Zermati on that subject; you can read his answers here. In the comments of that note, there are also some feedbacks, positive and negative, you can make up your mind.

– Other than these two doctors, I’ve interviewed other practitioners whose approach seemed interesting. I’m thinking especially of Lysiane Panighini, psycho-practitioner. Ariane Grumbach, dietician, is also a follower of GROS and from what I could perceive a very nice person. Lastly, Laurence Haurat, who also has a blog, is as well a pioneer in her approach. I name these three because I think they have a site on Internet, which will enable you get more information.

– I’ve told my sessions with Zermati in at least twenty articles, all listed under the same category. The best is to read them from the oldest to the newest, I think, to get an idea of my journey.

– Recently, I summed up this journey in an article published in Psychologies Magazine which is now available online. It can give you an overview. I’ve written a few columns on this subject for the same newspaper, here they are.

There you go, I think it’s about everything. Don’t be mistaken, I wish I could help you more than that. If I’ve written that much about my experience it’s mainly for this purpose. Not only, rest assured. I did it also for myself, because it was doing me good, it was enabling me to “digest” the sessions and simply I was interested in putting words on all this.

But I can’t go further. It would be dishonest from me and probably dangerous, we are talking health here and illegal exercise of medicine is severely punished (and believe me I regret it, I belong to those people who wish they had a white coat and the sex-appeal that goes with it).

I hope anyway that this recap will be useful.

Edit: This Saint Honore is a killer and is sold in a bakery of my block only on Sundays. I’ve been drooling over them for years, telling the Churros I’d love to taste them. Last Sunday, he bought five. Knowing that an entire village can be fed with half of one. I think I’ll advise him to read this article AND call one of the doctors named above.

[1] TN : GROS (Groupe de recherche sur l’obésité et le surpoids) is a group of professionals from different fields who take charge of people having difficulties with their weight and eating behavior. The group aims to bring reflection, exchanges and training to the table. 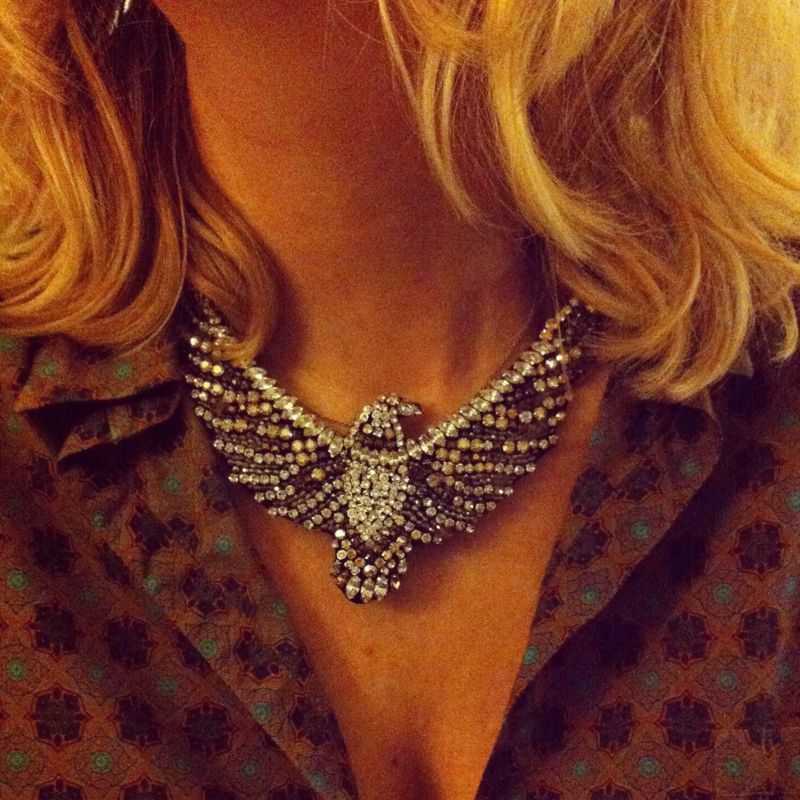 So yesterday, the documentary « Régimes, la vérité qui dérange » was broadcasted on France 2, as part of Infrarouge . Saying I went through this – late, thank god – exposure serenely would be a lie. Actually for the past two days I had a knot in my stomach just thinking about it. So typically me, I act first and then think. Forget even, incidentally, because the shooting happened late September – beginning of October. It gave me time to bury this deep in my denial zone. Except that – note for future reference – what you bury always ends up coming back to the surface (I’ve started watching Dexter, I’m learning a lot).
After watching the documentary, phew, no drama, first of all, the intention is true to the promise I was made, it is about denouncing wicked effects of diets. If the slightly too “Live my life” style did not transport me completely, I enjoyed the polished images and the kind way directors followed Ingrid and Sandra, two touching women.
However, I wish there were more sequences with professor Lecerf and doctor Zermati, because their views speak to me and they are still rare in the medical community. I wish it wouldn’t conclude with children being taught that they must eat that much rye bread, that many fruits and so on. I wish it went further, I wish the 5 fruits and vegetables a day recommendations had been denounced. But by and large, I’m rather happy to have participated in this attempt to change popular beliefs.
When it comes to my performance in itself, it’s not up to me to qualify it, anyway I hate to see myself but I believe it’s a feeling shared by lots of people. The lunch with Sandra lasted for while and at the end there’s nothing much left of it on the screen, it’s always frustrating but that’s life. I wish there weren’t this “before-after” aspect based on picture, but apparently it’s more meaningful this way.
That said, I think it’s the first and last time I lend myself to such an exercise. Not being filmed as such, I’m not allergic to it, and I even, after the first stressful moments, find it funny. But I don’t think I want to embody the ex-fat girl until I’m sick of it. Not because I disown this period when weight was a real issue for me, but maybe just because of this. It’s too much pressure, I know too well it’s also possible to go down the kilos path again. And for me, pressure gives me chocolate cravings.
Most of all, I believe I’m not limited to this. During the last years, I’ve done many things on top of slimming down. And my biggest satisfactions are professional rather than dietetic. Of course, it’s great on a day to day basis, of course, I don’t deny myself the pleasure of being freed from food, my best enemy. But now going to TV sets and displaying my weight loss as a banner, no thanks.
I will continue to write here and there articles on the subject, because it captivates me. Maybe one day, I’ll even write a book about it, it’s a project I’ve had in mind for a while, but I need to find the right style first. But I will not turn into a professional weight loss witness, rest assured.
Even though, your nice comments were heart-warming, here or on twitter. And when I receive emails from young women who explain that my writings about my therapy with doctor Zermati have helped them to let go of stupid diets, I’m extremely proud. In short, I don’t disown anything, but I think I want to leave the “curvy girl” alone for a while, she deserves to rest. It explains why the new version of the blog, which is imminent, has a little surprise for you (the only one actually, because design will stay the same or almost, there will simply be less bugs in the comments and an easier browsing).
Have a nice day
Edit: The necklace is a Shourouk, it belongs to Marie, I like the idea of phoenix, etc. (I tried to steal it but not very discreet).
Edit2: the documentary is available here.