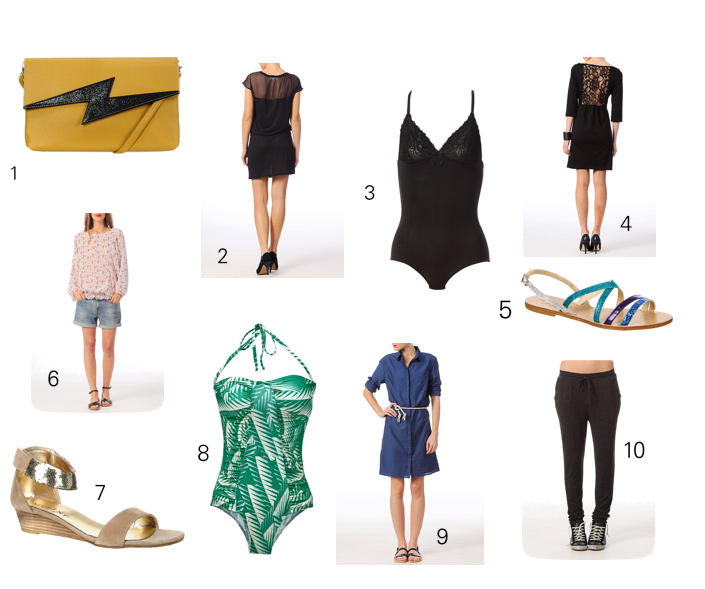 Another disjointed article I’m afraid, not much time lately for long speeches, I think it will be better once I’m done with that big case I’m working on and which is an hassle, I’ve done about thirty interviews I need to now “log”, in other words decipher (literally, over the years my hand writing is closer and closer to hieroglyph). Then comes the worst part, writing, with my comings and goings from the couch to the balcony, without a fag on top of that, until I miraculously find this fucking [1] first sentence, without which nothing is possible. My mind is thus a bit foggy, but here is some information I didn’t want you to miss.

1 – I think that with paleo diets we’ve finally hit (painted) rock bottom. I’m talking about this trend consisting in roughly eating only what our Australopithecus ancestors could find as hunter-gatherers. Raw if possible, of course (actually except for chicken curiously). I mean alright, it’s good, the whole locavore thing, it’s fine to come back to the essentials, etc. Personally I use as little ready made products as possible, I eat only seasonal vegetables and fruits – at the risk of not being able to stand cabbages anymore in April and fantasizing, yes FANTASIZING, about a tomato – and I try not to have to many exotic foods which use liters of kerosene before reaching my plate. But now raving about Paleolithic and excluding everything you couldn’t harvest at the time of the quest for fire, honestly, count me out. Especially that, in the end, it’s just another diet, with forbidden and authorized food, very strict instructions that are difficult to bear on the long run and thus generating an unavoidable yoyo effect.

Generally speaking, I find it very cute, this rallying for a world with less hyper-consumption. But I can’t help finding this fantasy about caves worrying, this delusion of a before that was so much better. May I remind that despite progress’ harmful effects, life expectancy is longer every year. I know we need to find solutions in order to save the planet from our foolishness and I’m prepared to some sacrifices. But I can’t believe our salvation lies only in such a regress, can I?

2 – Since we’re talking about food, I’m regularly asked where my plates come from, I admit I’m extremely proud of them, they are more or less the only thing I’d save in case of fire, indeed the rest is merely a gathering of student furniture and totally worn carpets. A reason behind this no decorating sense? Probably first of all the fact that we are not really interested, but also our will to move one day to something bigger and mostly  something we own. So, we are not moving a muscle in the meantime. But given the property market in Paris, there are good chances that ten years from now we’ll still be living with our pieces of junk, sincerely convinced that when we’ll find something… in short, the change for us is not now, except for plates, thanks to my mother who thus orders them for me from this site, my Ali Baba’s cave, “Le panier d’Eglantine”. My two favorite brands are: PiP Studio and GreenGate.

3 – It’s currently ‘crazy’ days on Monshowroom until the 9th of May with up to 50% discount. If, by chance, you’d feel like putting an outfit on before going hunting, I have selected the following

Edit: A huge thank you for your votes from yesterday for “Ascendanse“, they sky rocketed in the rankings thanks to you, feel free to go if you haven’t already, or to buy tickets for the shows, in particular for Claire Moineau’s, my daughter’s teacher who’s an incredible dancer.

[1] TN : in English in the original text

Not much more to say today, except for the fact that it is less and less sore. I master completely going from one buttock to the other and do regret that it is not a sport because I think I would rock it. I mean: I would really rock it.

*Yes but none of them is pink, that what my evil inner voice told me when I tried to resist that day-glo call.

Edit: The reference of the Essie nail polish on the picture is “5th Avenue”. Can’t possibly resist, can we?

Edit2: On the other hand, if Essie polishes are, in my opinion, the nicest in terms of color, the French version is crap in terms of consistency. Too liquid, too transparent, apply in it is a pain. It doesn’t actually prevent me from buying them, but it is because I am a complete jerk. Sometimes. 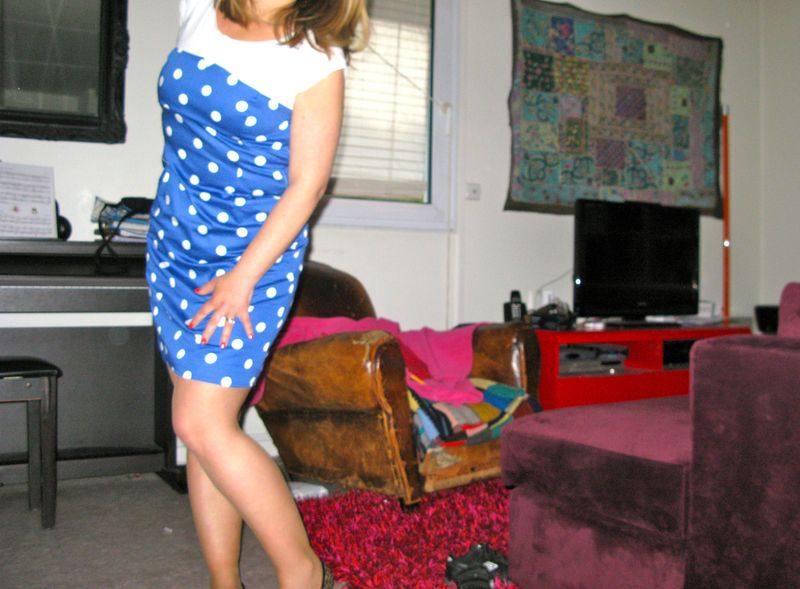 “In fact, Caro, I wanted to ask you a question. Were you curvy before?”, I was asked yesterday by a person have been working with on a project (the next step of that important thing I couldn’t talk about and which I still can’t talk about but in short, it’s progressing).

Next to us, my friend Lud, who also doesn’t know me for a while but long enough to know that indeed before – and this in a close past – I wasn’t really slim, said, amused: “Feels good, doesn’t it?”

Well…yes, I’m not going to tell bullshit, eh. Perturbing too. Because let me be clear, I’m still curvy. In my head, first of all. On the scale too, much less than before, right, but for any Dukon, I still have a dozen of ‘extra’ kilos.

But flagrantly, for this person – who immediately became my best friend for life -, I can simply be categorized as ordinary, neither slim nor fat, in any case not enough to justify the title of my blog (it’s the former that triggered her question).

Why do I tell you this, apart from the fact that I need to boast? Because it made me aware that sometimes, you need truth to come from the outside. From someone who hasn’t been involved, who would see you for first time without any influence from memories from BEFORE. Because I’m still sincerely convinced I’m curvy despite the proof of my new size 10, I’m also fairly certain that my kin still see me as curvy too. Just like they are for me how they are right now but also how I’ve perceived them since I know them.

Ok, I’m losing you now, sorry, I’ve had some Jean-Claude Van Damme for breakfast and I can’t digest it.

No seriously, actually, I don’t really have a message to convey, other than yes, in six months, I’ve changed. My outward covering has changed. And as doctor Z often suggested, it didn’t revolutionize my life. I’m not happier or less happy, not more or less loved.

Then I won’t lie to myself, I do not want to gain those kilos again. Why, if I’m not happier? For all reasons listed here. And also because, before, I would never have bought a strapless dress with big white dots. This might be a wrong reason. Especially as the Churros, when he saw it, didn’t find anything to say other than: “yes, it’s nice, but why do you wear it with a t-shirt?”

Which I wouldn’t necessarily have taken badly if I indeed had decided to wear a t-shirt. Except, as it happens, the dress is made like that, like trompe l’oeil basically.

Come back on the second round darling for your blow job.

But let’s come back to our subject.

I also know very well that my terror of gaining weight again is in itself a threat to put on weight again. That said, casually, I have the impression that I play it less by ear, that I have a simpler relationship with food, the heat has been taken out, let’s say.

I still find myself sometimes, on very tiring days, engulfing the content of my plate as if a starving armada was about to steal it from me. When I realize that I have barely tasted what I’ve just eaten and that my meal is closer to filling up than savouring, I manage on the other hand to slow down the process better than before. And if I can’t, I simply tell myself that I’ll wait for a real hunger before eating again.

Regularly, I do something I was forbidding myself from doing before: buy a great cake, custard tart or mille-feuille, my two personal hits. On that day, a Wednesday usually, I eat almost nothing for lunch to really enjoy my sin.

I still eat my pain au chocolat on my way to work, I still munch two pieces of Milka after each meal. And, incredible fact, I always have a slab of the said chocolate in my desk, a slab that will last in average ten days, even more. Never until now, have I fallen for it and killed it in three minutes.

There you go, it was a totally disjointed article, written because I haven’t seen Zermati for more than one month. A cancelled appointment, a few leave days, and, I don’t know, the need to call back is not strong enough. Probably the temptation of having a break, to see what’s going to happen if I go on as a lonesome cowboy, a bit of laziness, a spectacular come back as well of my indecisive side.

I’ll keep you posted for sure of the course of the events.

Edit: In case the Betty Boop dress inspires others, it comes from Naf-Naf.