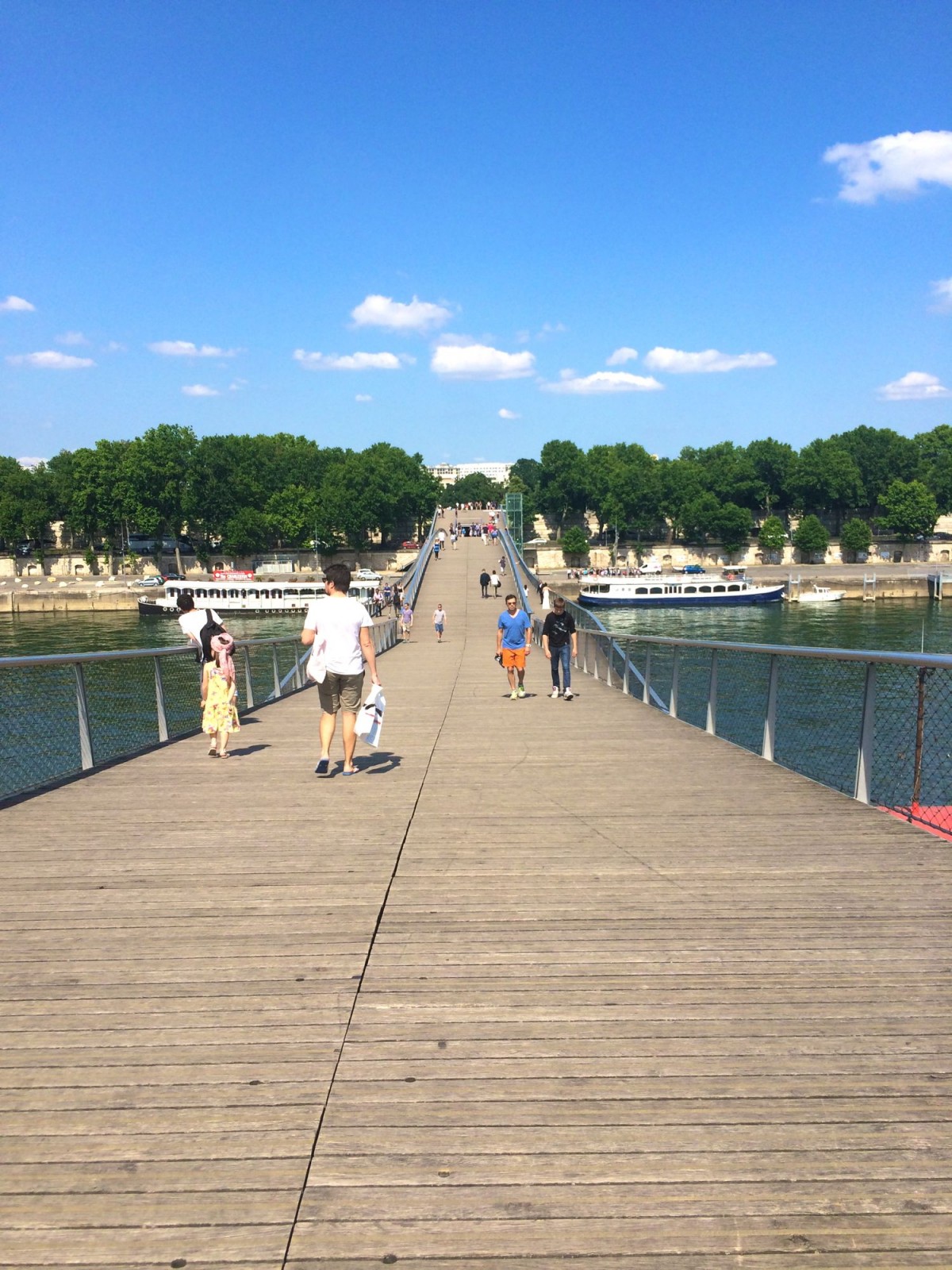 Last Friday Violette and I should have flown to Casablanca, to attend the music festival of Mawazine. Was it our karma? I don’t know but the fact remains that, after getting up at dawn, our taxi had a break-down on the highway and we waited for the tow truck for so long that the plane took off without us . Let me tell you that we were not best pleased. Hi we are Bridget of the blogosphere (I say, from now on people who will invite us will give us a departure time one day before the actual event’s day in order to make sure we will be there)

Despite all this, the week-end hasn’t been that spoiled, weather was amazing and my kids and husband were delighted to spend some time with me in the end (they didn’t explicitly say so but I ‘d like to think so).

Come on, a few likes for this disguised as Tuesday Monday…
END_OF_DOCUMENT_TOKEN_TO_BE_REPLACED

Come on, let me tell you about this personal coaching session with Gregory Capra.
For the occasion I even made a minute by minute.

– 20h10: ONE piece is nothing. Especially if the day after you do sport.

– 20h45: “What’s wrong with mum?” my daughter asks her brother, worried, after I just screamed for some kind of question on socks lying around. “Remember tomorrow she does sport” my son answers with a knowing look. “Ah, OK, I see” she sighs.

– 20h46: The man reckons doing sport tomorrow and washing dishes are not inadvisable.

– 22h57: The man assures that he prefers me having cellulite and being sexually active rather than fit but bad-tempered AND frigid.

– 23h01: I warn the man that if he tries an approach when I am about to go through such an ordeal, I sign up for Club Med gym and he can tighten his belt for the next six months.

– 09h00: I have a hard time getting out of my bed. I don’t see how I can do sport when I can barely fetch Helmut’s dummy under the chest of drawers.

– 09h24: The man reminds me I already used the sudden bronchitis excuse last week to cancel the session.

– 09h27: Yeah but everybody knows how viruses spread this time of the year. Thus it would be inappropriate to suspect I’m lying. Even shameless.

– 09h29: The man thinks it is shameless to take advantage of the worldwide pandemic to run away.

– 09h37: Tomorrow I’m signing up for a behavioral therapy to learn how to say no. With my balls, as Eric C. would say.

-10h32: My daughter who forgot I was going to gym yells as if her Pet Shop collection disappeared “Heyyyyyyyyyyyyy muuuuuuuum, why did you put your sport outfit on? Wuuuuuuuuuuut? You’re really going to do sport? Woooooow, you’re so funny muuuuuuuuum.”

– 10h40: Off I go, sick at heart, to meet Greg – whom I already hate since I’ve always hated sport teachers – and Deedee – whom I hate too as everything that weight less than 70 kilos a few minutes before doing …. ugh… sport.

– 11h00: A musical voice with an accent from South-West, while I am miserably trying to hide behind a scooter. “Hi there, are you Caroline?”

– 11h01: I don’t hate Greg actually. In any case I have no bad feeling towards his bum.

-11h03: His bum is good enough to eat. I know I will regret my whole life this sentence which considerably diminishes my chances to see him again. But still, Greg Capra’s bum is perfect. For the rest, he is Saddam Hussein but we’ll come back to it.

– 11h04: Deedee that vixen is not here yet. For sure sweet talking was easy this morning. But now Madam lost heart. Shame on you Mrs Influential.

– 11h05: I interrupt Greg’s discussion with Audrey Tautou’s double to tell him Deedee most probably had a nervous breakdown thinking about doing sport and dumped us. I add that I never felt she was really motivated. It’s awful but creating complicity between the two of us is a good thing, so I told myself. Too bad for the few broken pots. War is war [1].

– 11h08: Deedee had her hair cut and it makes her look even slimmer. Filthy bitch mother nature.

– 11h10: We both forgot our camera, no one will be able to immortalize this session. Drat, triple drat. What a misfortune. No that’s really too bad. So pissed off. I suggest we postpone to a next time.

– 11h11: Greg’s charming manners hide his bossy side. Fleeing is not an option.

– 11h12: It’s the third time Deedee asks for a token to close her locker because she didn’t really get how it works. I have a feeling we’re not going to do rocket science today.

– 11h14: First warm up exercise. Squats with a weighted bar. Deedee is willing to try.

– 11h16: It looks easy. She squats and lifts twelve times without stopping.

– 11h17: On the other hand, I locked my locker with one try only. One can’t handle everything.

– 11h19: My turn. The only time I’ve been asked to squat and stand up using my thighs, I felt heels over head. It was during a health assessment at work. Here at least I can hold on to the bar. I feel confident.

– 11h26: Or Deedee broke it. She stood up too fast and it seized up, it’s the only explanation. Or maybe Greg’s put 200 kilos on each end while I was bending my knees.

– 11h29: At the price of superhuman stresses, I manage to lift this fucking bar and at the same time my butt. “Come on, only eleven left” says Greg.

– 11h40: I finish the twelve squats with Greg behind me, preventing my butt to stick out. I thank God and all the angels that no camera will keep track of this dreadful moment in my life. One more squat and I was not answering for my sphincters.

– 11h42: Deedee just did twelve squats with a weighted bar. When I think she assured she was bad at sport. Whereas in reality she is Mickey Rourke.

– 11h44: It’s my turn again. A question is nagging me. If this is only a warm-up what did Sylvester plan for the rest of the session?

– 11hh45: Sylvester removes the weights for me. Deedee is pissed. I remind her that even with twenty kilos on each side of the bar she still has less to lift than me. And that I carry my cast iron around 24/7. Greg says I’d better shut my mouth, save my energy and do my twelve squats.

– 11h50: My legs want to be left alone. We crawl to the mat. Mickey Rourke is not faster than me. Could it be that she got off to a too good start and played all her cards?

– 11h53: Lying on the floor, we have to lift our upper body to touch our knees. “Think about the muscle you need to load and you’ll see it’ll be just fine.”

– 11h54: Either I think about the wrong muscle or the line is down between my abs and me.

– 11h55: To my biggest surprise, Greg congratulates me. “Nice job, you control your ascent and descent well, this is what matters. It’s very good to take it slow.” Poor kid, he is handsome but he is naïve. As if I were controlling ANYTHING right now.

– 11h57: Ah, Deedee’s lifted her head. However at shoulder level, nothing.

– 11h58: I am embarrassed for her. Poor thing, unable to control her ascent. I can’t imagine her descent. Complete free style, right.

– 12h00: I give Greg a knowing look, she’s bluffing for sure. If I were him, I would give her two series of fifty to teach her. We’re not here to twiddle our thumbs, damn it.

– 12h01: Greg says we’ll do another exercise cause it is not fitted for Deedee’s morphology.

– 12h02: And how did he know that the fucking bar was fitted for my morphology, how? I want to talk to a manager. If there are double standards, let’s get this straight, I’m calling the Halde [2]. And Martin Hirsh too.

– 12h03: Now we need to stand on the side, on our forearm with straight legs.

– 12h04: I think my elbow is going to break. If there is ONE exercise that is not connected to my morphology, it’s this one. I’ll use a joker. I choose to call a friend and, believe me, William, you will regret being born.

–  12h08: After two series of push-ups which finished us off, here we are on yet another machine. A sort of chair that easily bears comparison with an electric chair and which is based on the same principle as the cigarette rolling machine. The woman before me, 72 years old more or less, was perfectly able to pull on her arms in order to swing her chest forward.

– 12h13: Deedee refuses to climb on the fag rolling machine.

– 12h14: Taking advantage of this rebellion wind in our team, I say no to another machine which looks like parallel bars. I reckon my self-esteem is in the red

– 12h18: Mickey and I are flat out, we rush through the weight exercise as if we were possessed. Since the word ‘over’ has been pronounced, I find new energy. I could almost continue.

– 12h20: Greg congratulates us, he swears we both have good and bad points.

– 12h21: My good point is I control the descent during ab crunches.

-12h23: Deedee is a bit offended, I can feel it, with that question of uncontrolled speed. I explain it’s the kind of things that comes with age and it doesn’t stop you from being a good person, even if you can’t control your descent.

That’s it. What more can I say other than my impression, the next morning, to have been knocked over by a truck? I spent FOUR days walking as if I dried on a barrel. I moaned each time the man tried to brush past any part of my body for a week. I ate so much for the next two days that I’ve put on two kilos.

But watch out. I am the kind who controls her descent. And this my darling, is not a given for everyone.

Edit: Thank you Mickey, who really is a nice girl, we giggled like twisted and although much better than me she still sucks at sport and for me it is compliment. I’m sure we would have met behind the trees during endurance tests in secondary school. Except at the time she was in pre-school. Thank you Greg as well who’s the most adorable coach I have ever met, he almost made me want to do sport again. Almost. No, truly, he has good teaching skills, is positive, kind, never scornful. A lovely boy with an apple butt.  If you are ever tempted to call on a coach, honestly, he rocks.